I finished up 6 more necron wraiths for this weekend's AWC tournament and got right back on the Adepticon push!  I knocked out 6 more marines, which will finish up what I need for my 1,000 points for the team tournament.  Here are 3 heavy weapons, a flamer and two more bolters. 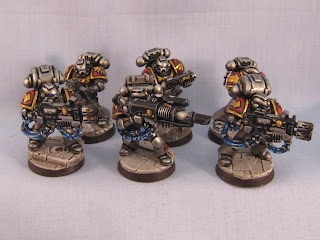 Additionally I think I forgot to post earlier pictures of my finished veterans.  These will double as either seargents, death company (if I'm running blood angels) or sternguard.  Multi purpose all the way! 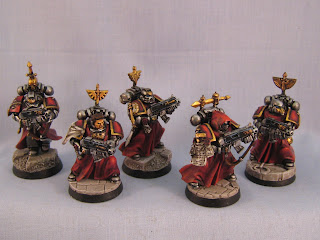 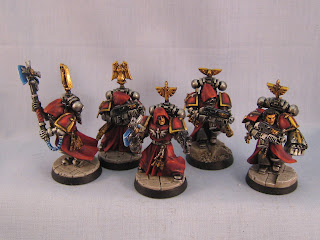 Now onto trying to paint 1k worth of guard: 36 dudes, 5 tanks and a vendetta in two weeks.  Possible?  Probably not, but I'll try!
Posted by Brian Carlson at 10:22 AM 1 comment:

Techmarine on Bike with Conversion Beamer

Here is my crazy kitbash of a bunch of different kits to come up with a techmarine on bike with a conversion beamer.  It makes for a fun HQ that is fairly durable and can dish out some strength 10 goodness from across the board!  As all my bikes will be red in the new scheme, I went with the typical techmarine red armor.  My normal marines will have silver and I'll paint the librarian in blue. 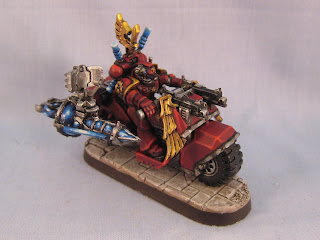 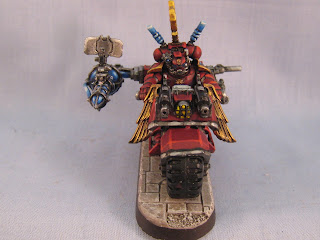 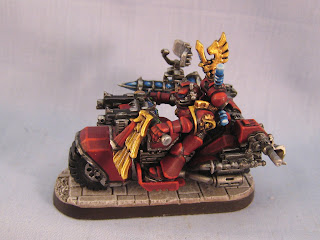 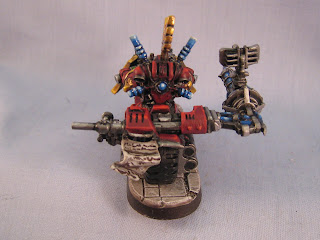 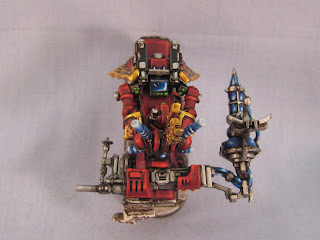 Hopefully it doesn't look too goofy, I think it captures the feel without being overly crazy.

Next up, 8 marines!
Posted by Brian Carlson at 9:09 AM No comments:

Wow it has been a long time since I've posted.  It hasn't been due to a lack of hobby activity, I have just been an assembling machine.  I keep coming up with different army ideas and has created about 150+ primed models ready to be painted.  I'll try to post up over the next few days what I've been working on.

Last night I finally finished my stormraven for the Adepticon team tournament. This was previously an assembled blood angels model.  I made the mistake of tearing off (rather clumsily) the icons on the side.  I jacked up the plating so bad, I tried to mask it with the grey knight books.  Still you can see where the plasticard was really ruined.  Ah well.  I'm pleased with how it painted up! 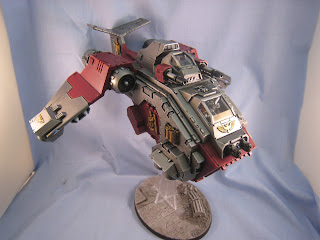 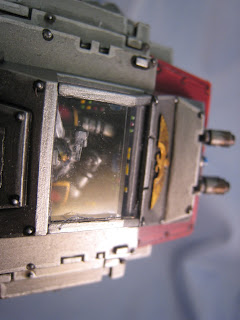 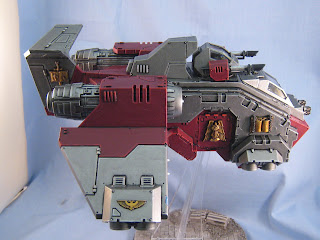 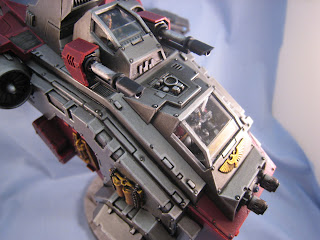 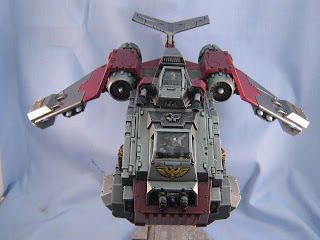 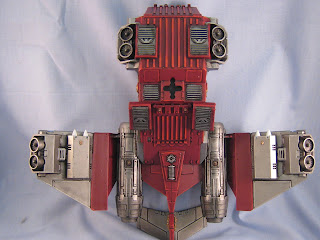 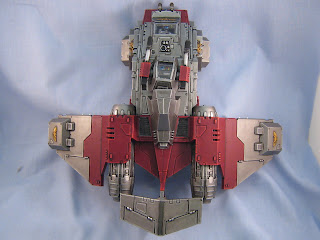 I think I'll add some sort of gold writing on the red portion on the wings.  It's begging for some sort of latin phrase.  I'll use this in my "universal" marines army so it can be used in any marine force.

Here's the giant list of things I need to get finished for Adepticon:

Secondarily, I'm going to try and get the guard portion done just to give myself something to strive for:

That'll be a bit of a stretch!  Can't wait for Adepticon, will be fun.  If you're playing in the 40k Friendly, I'll be there in costume to run the event along with my buddy Jeff!

In other distractions, I think I'm getting sucked into the SCA... too much hobby, so little time!
Posted by Brian Carlson at 9:07 PM 1 comment: