The paint goes on, I'm on a roll.  Walk and Roll, I mean walkers.  Dreads baby.

Yeah a little tired, but I'm knocking out more miniatures.  Tonight I finished assembling the last of the models I need to do (my forgeworld order arrived), and I finished painting the Contemptor Mortis Dreadnought as well as two Guard Sentinels. 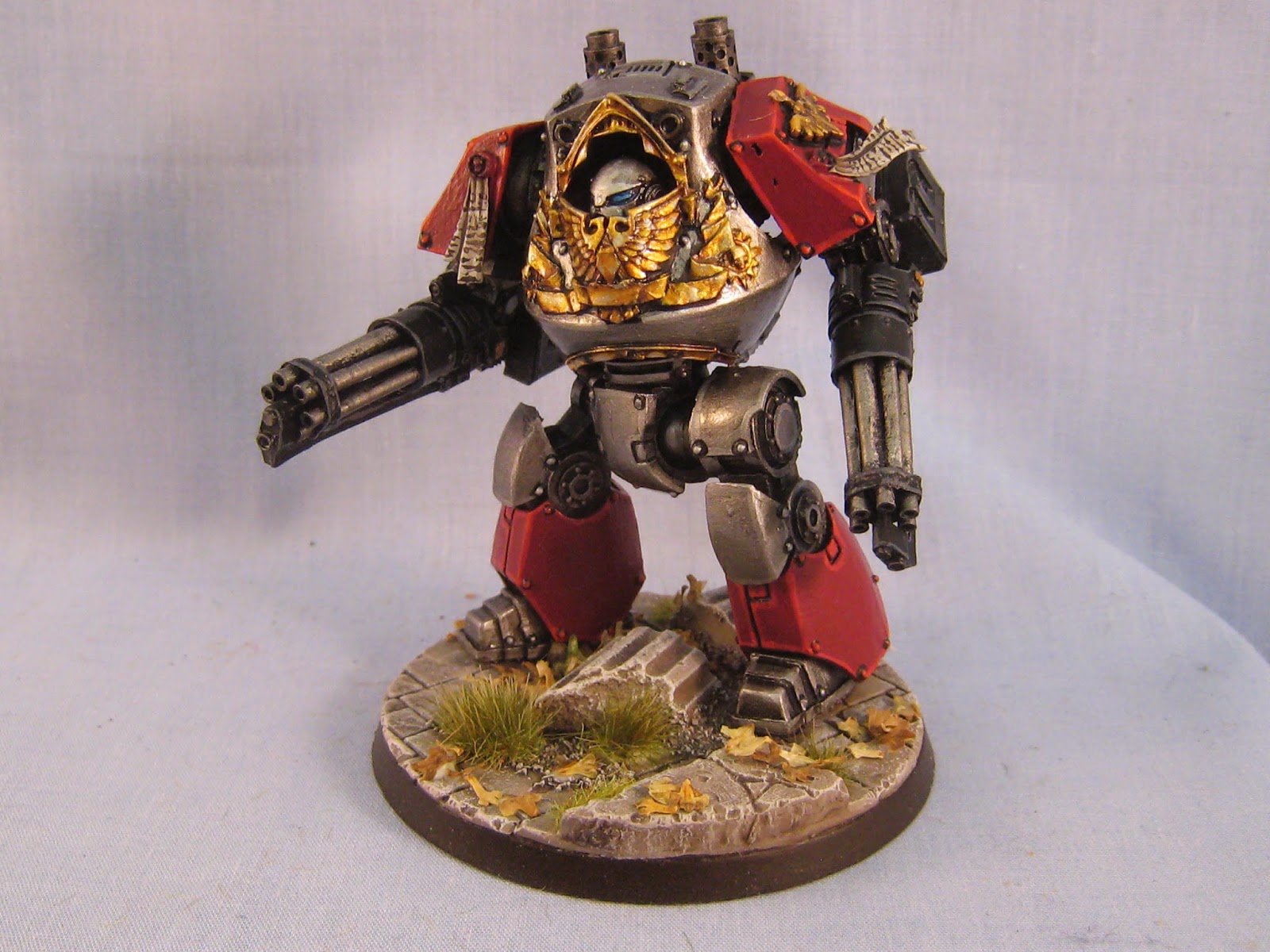 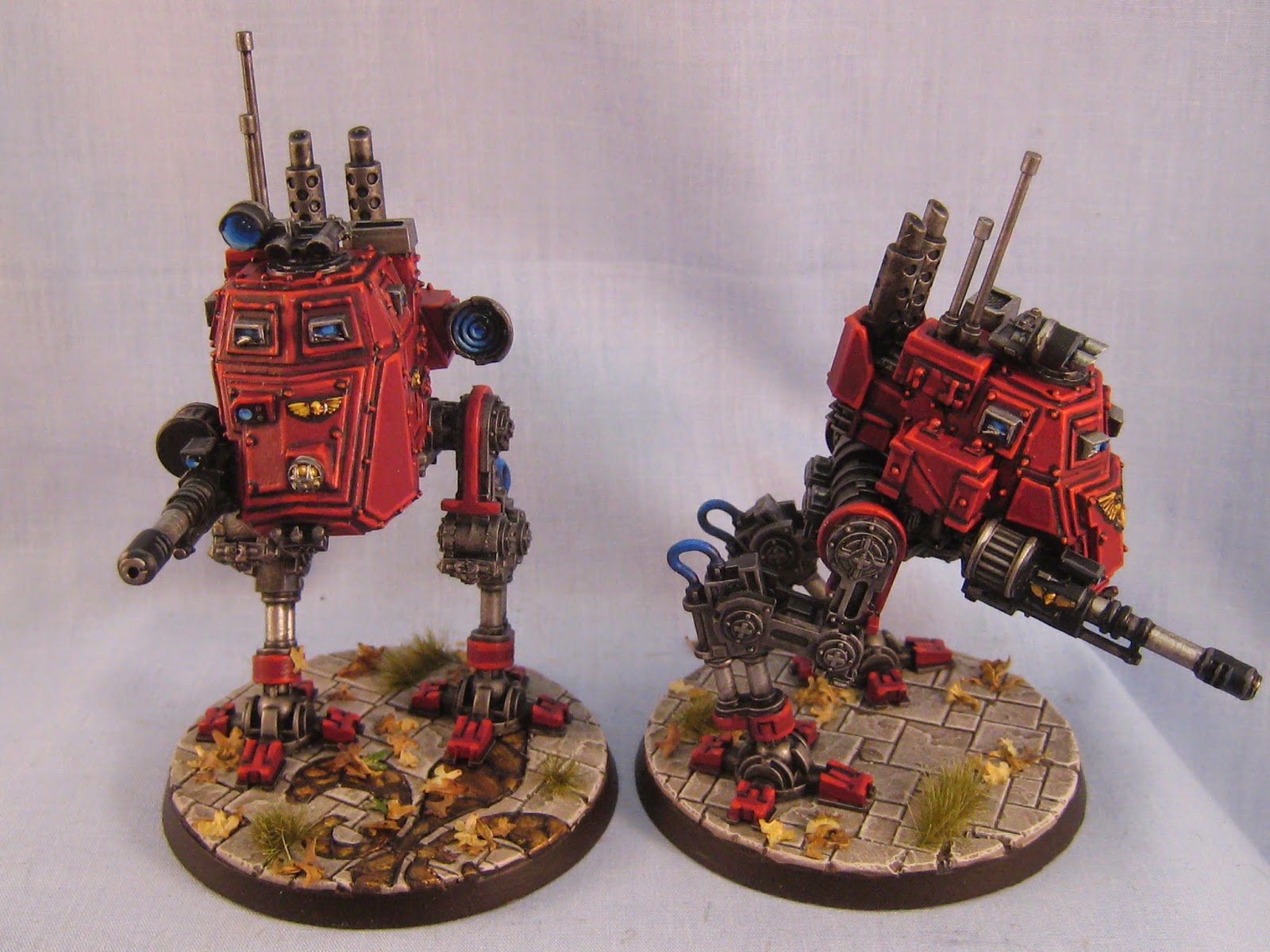 Bases were done with the Dragon Forge Sanctuary basing with some leaf and grass scatter.

I'm up to about 800 out of the 4k painted!  Tomorrow I should have the other 5 bikes and I'll start up on my next batch of stuff. 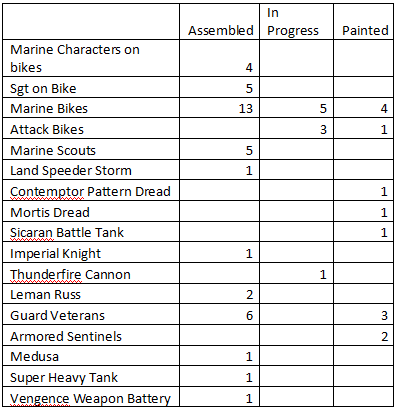 Let's see how long the baby stays baking, 2 weeks from today is the due date!
Posted by Brian Carlson at 8:00 AM No comments:

Tick tock, tick tock... the clock is counting down until Adepticon.  The Adeptus Film Co. team is now on our third year and I've been having a blast with these guys.  It's just a bummer that we don't live closer, we could get together more often.

This year we're going for Imperial theme.  Unfortunately we base all of our miniatures different and my OCD kicked in and volunteered myself to paint all 4k of the imperials while the rest of the team focuses on the display base and all of the fun extra stuff.  I'm hoping I can knock out a good chunk before the baby is due (Feb 12) because I have no idea if I'll be able to paint after.

We're emphasizing on a bit of a glass cannon with speed. We'll see how that goes.

Here are 5 of the bikers I knocked out to set the paint scheme.  It's following my standard Knight's Angelus that focuses on red and silver as primary colors with gold accents.  I trim most of the weapons in black. 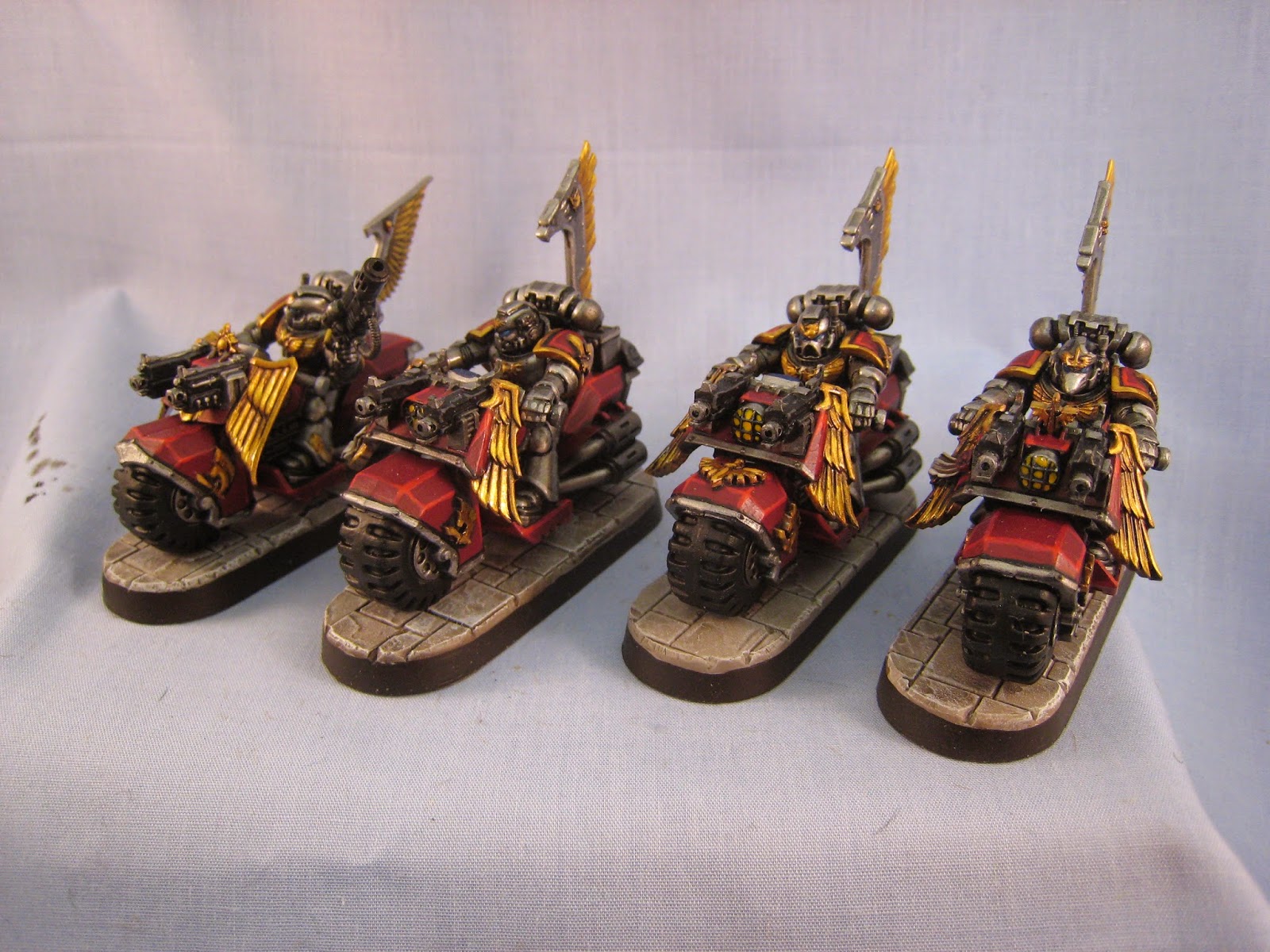 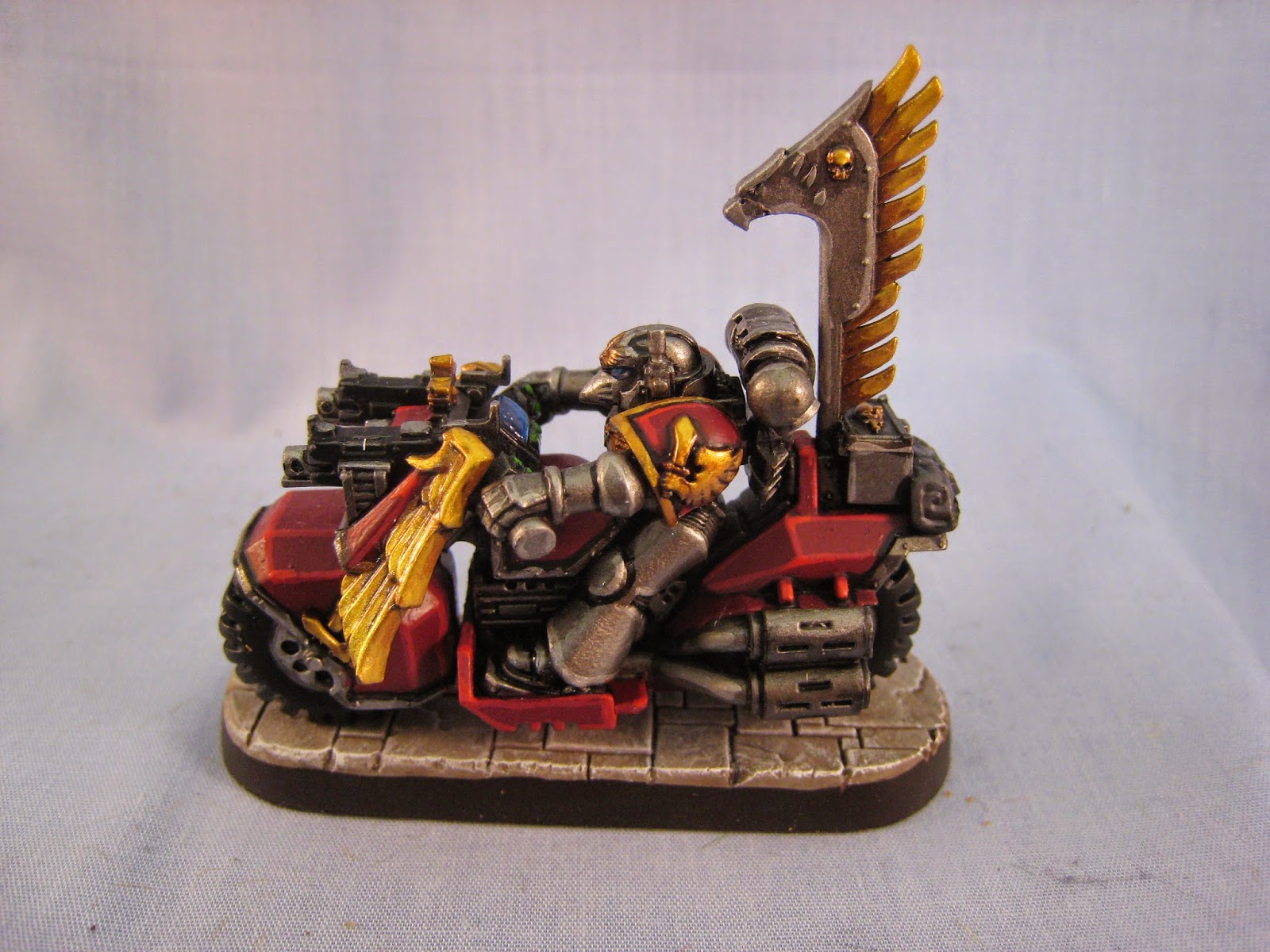 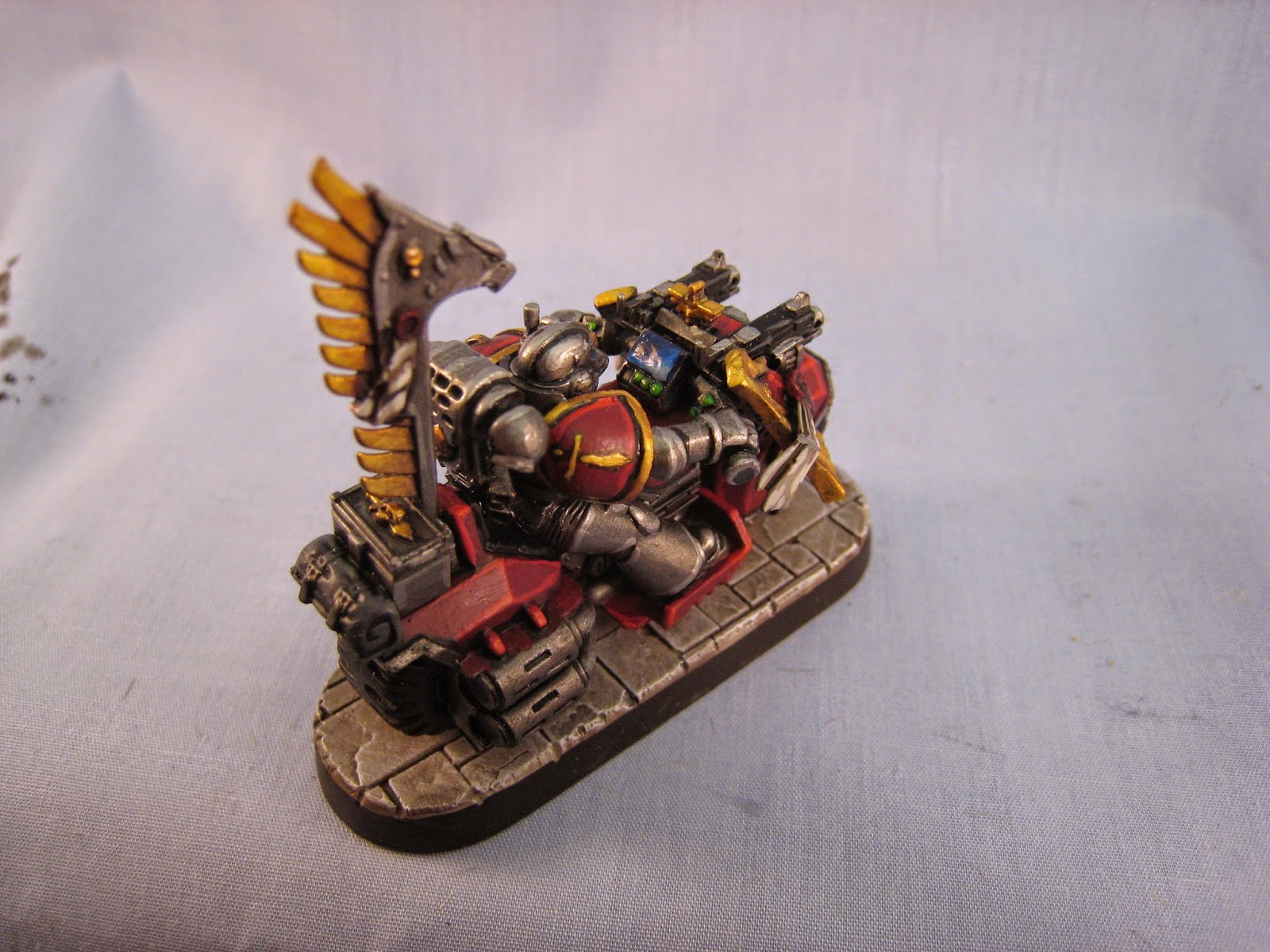 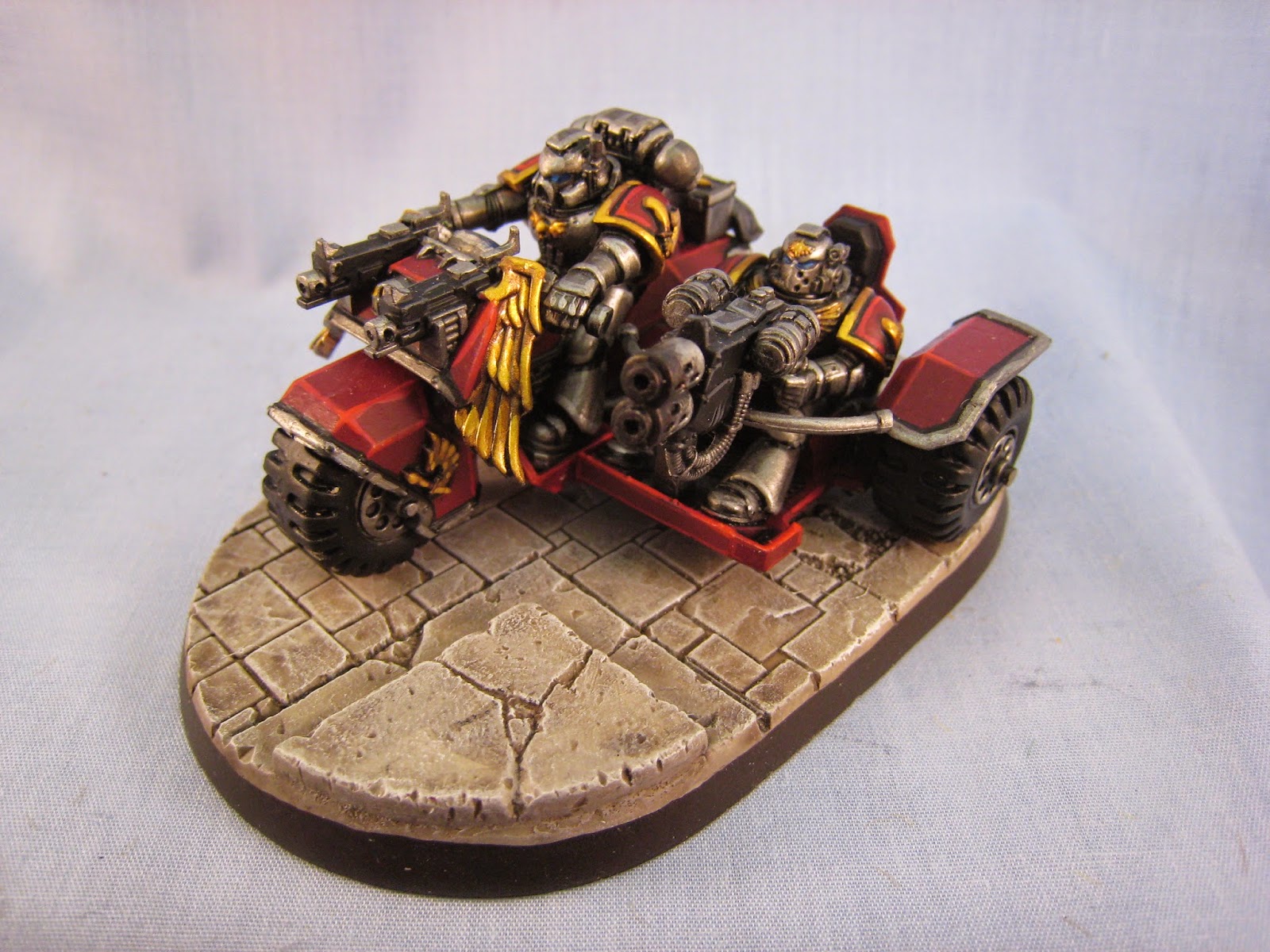 Bases are done on Dragon Forge Design, I'll be doing a combination of the Sanctuary and Ancient Ruins series.  Sometimes I'll throw in some scratch built ones if they will be mostly covered in grass.  I still need to add static grass and dead leaf foliage.

To help me move along on what I need to paint. I also calculated in rough terms how many points I have to paint.  Drumroll please... 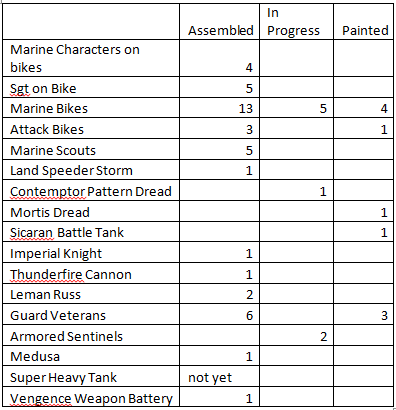 Back to the painting table...
Posted by Brian Carlson at 9:25 AM 2 comments:

Ah the pressure of Adepticon!  I made the stupid decision to try and paint all 4k of our team tournament list, but more on that later.

I got the Sicaran Battle Tank from forgeworld a few weeks ago.  Great model in the game, and impressive looking too.  I finished this up but I'm debating on whether I go back and add some symbols or keep it clean.  I could always slap a few decals on. 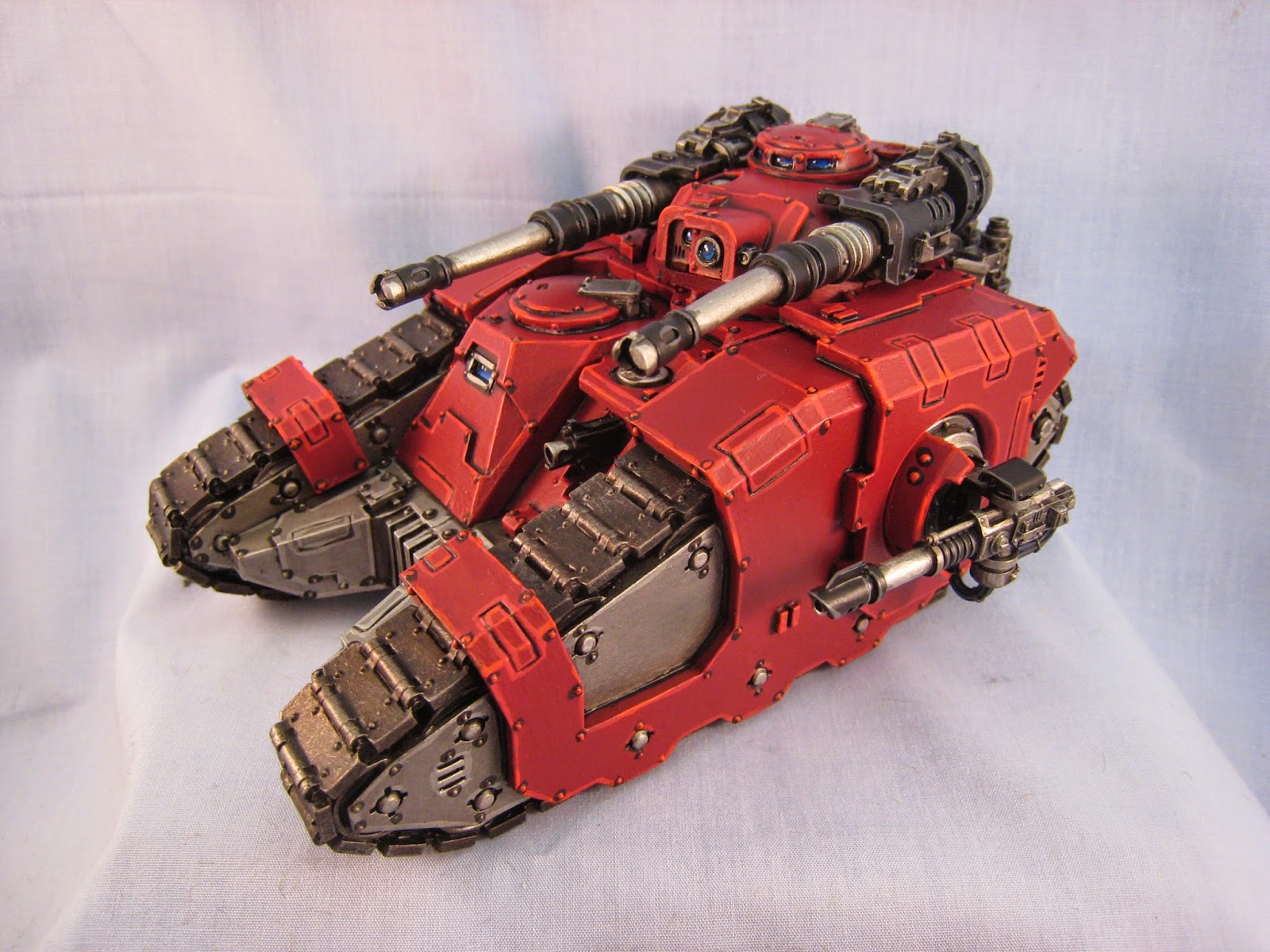 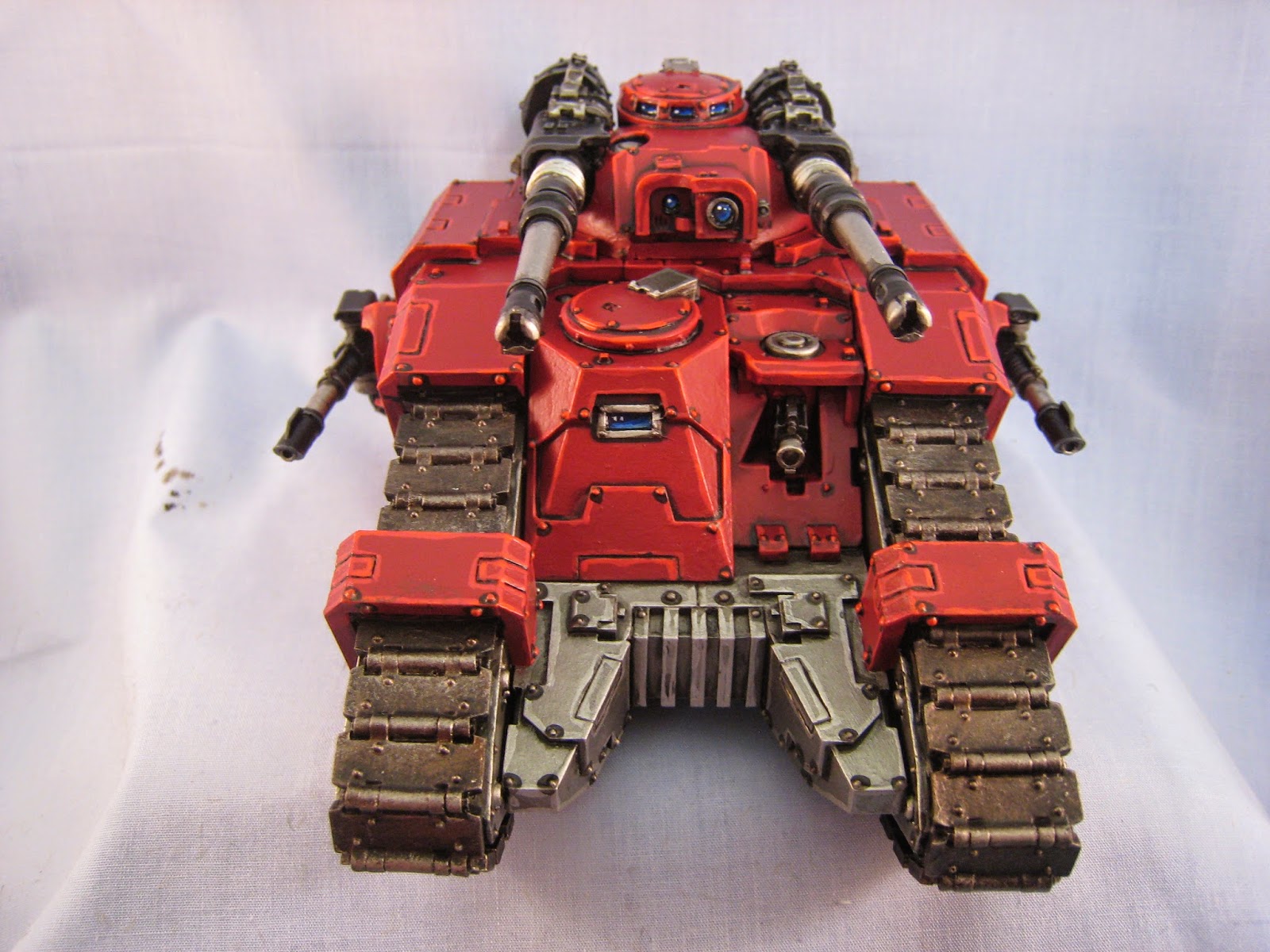 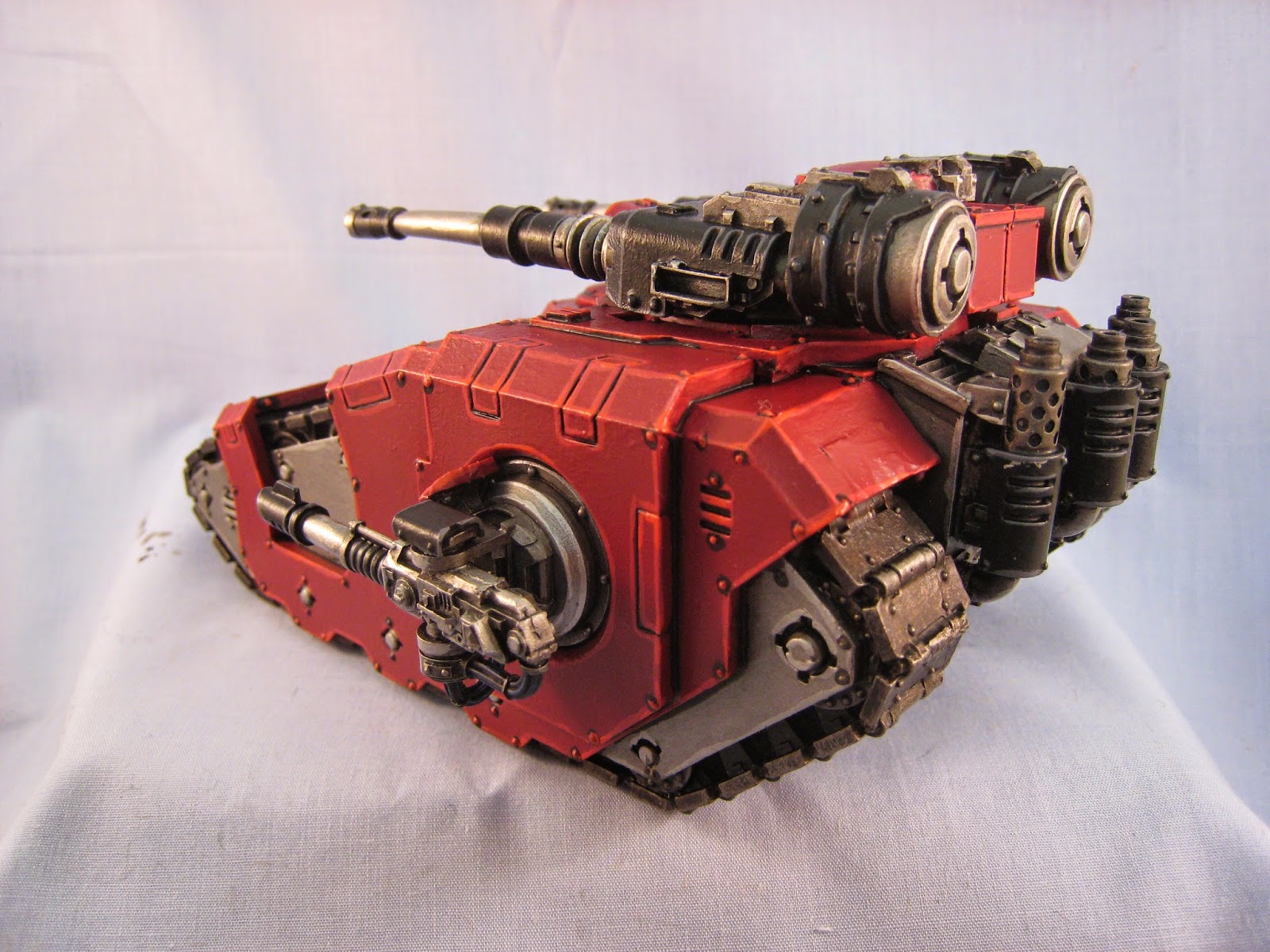 I magnitized the two side gun sponsons.  Very easy, and I'm glad I did it.  That way if I want to run the heavy bolter variant I'm ready or go cheap and strip them off.

Two months left, tons to paint.  I have a very understanding wife with the baby on the way in less then three weeks!  Back to the brush...
Posted by Brian Carlson at 11:24 AM No comments: