Wow it has been a long time since I've posted on the blog.  I check it daily to see my blogroll and check out everyone else's sites but I just haven't taken the time to put in work on mine.

My wife just recently took up a side gig to help coordinate social media for her mom's workout group.  Watching her put the time into generating content made me realize much work it is to stay relevant in the constant barrage of media we consume on a daily base.

I'm at a bit of a crossroads in my hobby space, mainly to do with the balance of family time.  I really can't dedicate the weekend time for gaming, I want to get as much time in with the kids and helping out around the house.  Sadly, my last game was Adepticon, and I may only get some games in a few times a year.  But my mind doesn't stop obsessing!   I'm always thinking of new paint schemes, fun armies to work on. It doesn't help that GW's rapid release schedule has so many temptations. 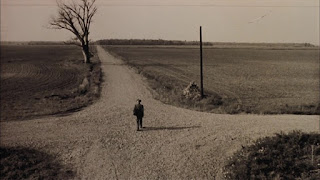 We just moved into a new house and although it is bigger, it doesn't have a finished basement yet, meaning I don't have a dedicated hobby space.  I decided to take half of my home office for at least a table to paint on, so that's working for the time being.  I've been getting a few nights here and there to put some paint on models.  I just don't get those marathon 4+ hour paint sessions anymore.

The big situation is the ridiculous amount of hobby stuff I have.  Massive amounts of miniatures still in boxes, tons of terrain, game systems I haven't even touched.  Years of years of planned projects I won't tackle, and lots of armies I've painted but are collecting dust.  I guess I'm realizing now I need to pair down.

My dreams of a huge gaming area with multiple tables for tournaments at my house aren't going to happen.  I won't be traveling to tournaments anymore.  This isn't that big of a deal, just a shift in priorities.  I just have changed over the last 10 years from being single, to married to having a family.  Time is the constrained resource.

Now what do I with all the stuff I have?  I really would like to extract some value from it, but I don't want to spend a ton of time cataloging, photographing and selling it.  I really do go back to my huge amounts of bits bins and scrap piles to work on projects, but honestly would it be so bad if I cleaned out space and just had to re-purchase from time to time?  I guess I need a professional hobby organizer.

With that said, here are my active projects and ones I would like to tackle.

1. Working on my 40k Imperial Knights.  Painting some extra weapon arms, and finishing up a Castellean

2. Guard CP Battery.  Yup, all the cool kids are doing it, but I really need it for knights.  Almost done painting 35 guardsmen.

3.  Tau.  I want to add some fun toys and try a couple one-trick pony lists for Tau.  Some goofy stuff that will probably win big / lose big.  All I need to paint is a few suit commanders, a few cadre fireblades, and a couple big flyers.

4.  MFSM.  For those of you that go way back with me in the GW community, I want to tackle the "Most-Friendly" Sea Monsters, the Idoneth Deepkin.  My daughter will love the models and I think they'd be fun to paint.  I really want to give Age of Sigmar a try, and the sky dwarfs were taking way too long to paint.

5.  Basement remodel and gaming space.  This will be done this winter.  I want to make a dedicated gaming room with a door to keep little hands away.

6.  Infinity.  Maybe this will finally be the year I paint some up.

7.  Wild West Exodus.  I love the Golden Army.  Might try and paint up a posse just for a break in pace of knocking out 40k armies.\

8.  Necromunda, Killteam, Adeptus Titanicus: yeah I want to do them all.  Delaque when they come out, cool terrain for Killteam, and a beautiful board and some models for AT.

Now I just need to figure out how to get rid of all my extra armies and the tons of box sets and terrain I have collecting space.  My wife will be much happier if I make the move.
Posted by Brian Carlson at 9:38 AM